We develop and execute live event solutions that elevate the audience experience. Our team balances client expectations with creativity, technology, and logistics to deliver exceptional results.

Right now, there’s a huge opportunity for meeting and event planners to engage audiences more than they ever have before with virtual and hybrid events

A collection of pictures from our recent and favorite projects. 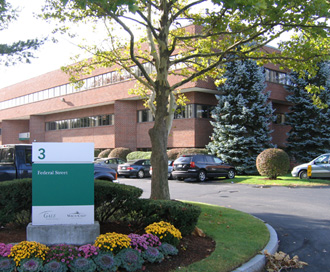 Our top priority is delighting our customers over the long term, by giving them the tools and support to create highly compelling live video.

We are owned and operated by video production experts, and our innovative products are designed and manufactured in the United States. We are based near Boston, with regional offices in throughout North America, and in Brazil, China and Europe. We are represented by leading video dealers and distributors worldwide. We were founded in 2002 and now have over 1500 installations on over 70 countries.

Every Slate system is a great switcher, and includes Fluent – the ultimate live production workflow tools. These Fluent workflow tools exploit the benefits of file-based and network-based technology, which turns a switcher into an integrated production system. Our Slate systems also are far less costly to purchase and operate than conventional studios comprised of many individual components.And Slate systems are upgradeable to 3G 1080p, the emerging standard for HD video.

Chris was extremely helpful with the AV needs for our conference, from start to finish. He was patient, thorough, and like having an extra member of our team to support us along the way. Onsite, Chris assisted us above and beyond, including helping us navigate issues to help us add a virtual component to our in-person meeting. We are so grateful for Chris' help. Thank you 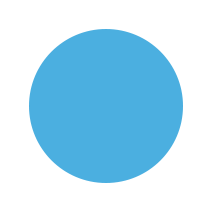 KYLE! Seriously, you are my hero! I’m not kidding when I say that knowing you’ll be at the event, makes me know everything will be alright (at least from a video, sound and lighting standpoint!) Without a doubt, the way you transformed that room definitely impressed everyone!! Just a super job all around. THANK YOU!! You’re the best!

"One of our professors that had some interactions with you and your guys in the Science Center was so happy with how nice, funny, down to earth, and professional everyone was. He says it’s really nice to know that our classrooms are being taken care of by such a good group of guys."

A quick thank you for all the hard work on today’s announcement. It went better than anyone expected and your team was key to that being the case. I look forward to working with all of you again.

I wanted to say thank you for helping us make our meeting a success. The setup you recommended worked great and we were able to effectively integrate our virtual attendees with the live meeting. I also want to make sure you know what a great job John did during the three days. He was professional, efficient, knowledgeable and overall excellent.

I’m happy to share one conversation that I just had with an individual that said they loved the look of our set and called the look and entire production ‘groundbreaking for ABC!’ It definitely resonated with members, and we had positive comments three board members last night as well. I believe that this event was one of the more intricate events that we’ve seen from other chapters. Thank you, again, to your entire team!

Just wanted to check in and let you know that Matt and Tim were AWESOME. I am so glad that I changed my mind and revived our contract for them to come out. I could not have done it without them. We got rave reviews from our members and other staff that were on the line!

This is by far the most well done presentation with respect to technical coordination that I have seen. This is like watching the news.

Huddly Canvas makes it easy to bring whiteboards into video calls so that everyone can see what's on the board and contribute their ideas, no matter where they are. Perfect for collaboration meetings ...

ProAVNews: Dive into the 21:9 Ultrawide Format for Immersive Video Conferencing

Video conferencing systems using the ultrawide 21:9 aspect ratio can provide a more immersive and equitable experience for end users. The format lends itself to conferencing software that places parti...

Extron is pleased to introduce two new sizes to the popular SB33 A Adjustable Width Sound Bar. These new sizes accommodate displays from 82" to 100" in width. The SB 33 A is a flexible solution for en...